“My New Favorite City is Chicago”: Sabrina Carpenter takes her “emails i can’t send” tour to the House of Blues 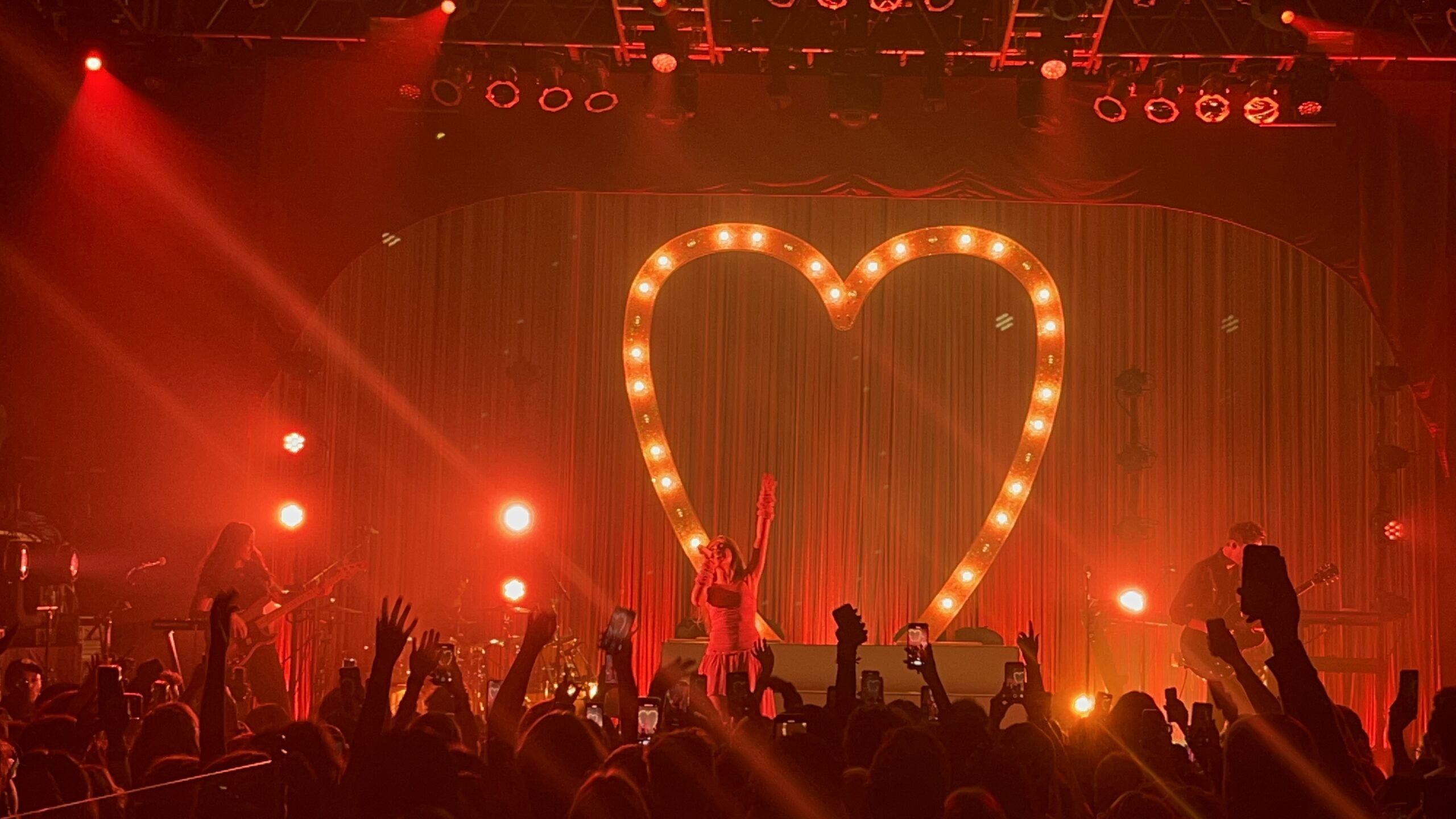 At the House of Blues in Chicago, there are a lot of things that will grab your attention: paintings on every wall, a restaurant, a bar, and promotions for their events around every corner. However, on this October evening in the heart of downtown, there was only one thing holding and maintaining the gaze of attendees, and her name is Sabrina Carpenter.

Before anybody came to the stage that night, songs from artists like Still Woozy, Steve Lacy, and Rihanna echoed throughout the venue’s famous music hall. Fans sang along while filling the pit and slowly extending to the outer standing room where I found my lucky, dead-center spot behind the sound booth.

Shortly after we were welcomed by her opener, a 3 piece band named Girlhouse from Nashville (Girlhouse if you’re reading this: the world can always use more female guitarists). Too often opening acts are drowned out by chatty audiences waiting to see the headliner, but tonight Sabrina Carpenter’s fans took to their music and stories with open hearts. They played a short but memorable set, taking time between songs to tell stories about life. These artists share a same sense of vulnerability in their presence in tracks and on stage, which I found created a profound sense of continuity between sets.

With respect to the intimacy heard throughout her new album, “emails i can’t send”, the stage held tight to a tall, gaping heart that lit up to the rhythm of every song and interlude Carpenter had in store. Instead of starting off the night with a more upbeat song, she took to her keyboard center stage to play a dainty live performance of track #1 and namesake of the album, “emails i can’t send”. After this emotional ballad, it seemed only fitting to flip the switch entirely for the next 3 songs. “bet u wanna”, “Vicious”, and “Read your Mind” had the pop star dancing across every inch of the stage in an asymmetrical pink dress that followed her every move, matching arm warmers, and tall, dark boots. She made sure to remind her equally energetic crowd to leave that indecisive lover on read (at least for the remainder of the show).

One of my favorite parts of a Sabrina Carpenter show, or any show in general, is her breaks between (and during) some songs to to engage personally with the audience: “I wanted to be able to play as many songs as possible for you guys” she explained before breaking into a stunning 3-song medley and dance break of “Already Over”, where she shared an audience member’s decked out cowgirl hat with her guitarist, “bad for business”, and “skinny dipping”. She followed up with an introduction to her song “Tornado Warnings”; with guitar in hand she  told the story of the situation and person that inspired the lyrics “I’m lying to my therapist”, which were screamed by every fan.

After switching to an acoustic guitar, the room hushed and turned their flashlights to Carpenter as she sang through one of the sadder songs featured on the new album titled “how many things”. It was hard not to tear up alongside her as the heartbreaking lyrics echoed throughout the music hall. She quickly recovered with a sweet rendition of one of her first songs “Can’t Blame a Girl for Trying” with her long-time guitarist Caleb. The pair sat side by side at the edge of the stage and played together before sharing a hug at the end.

Next up, she had prepared a cover of Carole King’s “It’s Too Late”, which she pointed out was “a little too on the nose tonight”. The narrative was once again flipped as she transitioned to one of her more playful songs titled “Nonsense”. The crowd sang along so loudly that she asked for a chance to start over and sing it all again together. She shared her microphone with the crowd multiple times, prompting us to fill in the blanks of her flirty lyrics. This song also features a quick freestyle at the end featuring ditty’s like “I bet your house is where my other sock is” and “How quickly can you take your clothes off? Pop quiz”. For the tour, she took this to the next level by adding last minute additions catered to every city. They are highly anticipated by fans at each show, and this time she delivered 3 lines, the third one being “My new favorite city is Chicago”.

She took another break between songs to talk to fans in the audience carrying a sign that said “I’m here with my tornado warning” (ex). In their back and forth conversation she learned about their relationship and feelings for eachother with a game she likes to play called “unsubscribe”, followed by giving the pair heart-shaped lollipops. It’s fun bits like this that I believe will always reinforce her position as someone who loves her fans and chooses shows to be a place of playfulness, friendliness, and of course, good music.

After keeping her cool during technical difficulties, Carpenter took the crowd back to her 2018 album “Singular Act I” for a performance of her songs “Paris” (which when played live is extremely guitar heavy and synchronized to flashing lights) and radio hit “Sue Me”. Between singing in French and taunting an ex with her good looks, she lied against the on-stage stairs and performed “Honeymoon Fades”, a lightly sensual single, against purple lighting and dreamy background vocals.

Before performing what she said would be her last song, “Fast Times”, she introduced us to her band. One thing that can really make or break a concert is an artist’s engagement with the band, and vice versa. Luckily for Carpenter, there was a very obvious mutual admiration between everybody on stage. She thanked Chicago before leaving us in the hands of her extremely talented band members for an extended play of the song’s ending, complete with pulsing drums and roaring electric guitar.

One thing any  concert-goer should know is that the show probably doesn’t end the first time the artist says it will. Carpenters knew this all too well ( by the way, the 10 minute version of this Taylor Swift song played before her set even began) and waited for her to make a return as they chanted her name, the songs they wanted, and the classic “ENCORE!”.

Well – it worked! Sabrina Carpenter came back on stage for a lovely, seated performance of her song dedicated to closure titled “decode”. Like usual, the crowd sang every word back to her. For the real closing of her show, Carpenter took back her power in a commanding performance of “because i liked a boy”. This final act was packed full with narrative lyrics, confident high notes, and a drop of heart-shaped balloons before she made her final exit off stage, blowing kisses to loving fans every step of the way.

While I may have been there under the pretense of a press pass, seeing Sabrina Carpenter in concert is something I believe should be on everybody’s bucket list (reviewers have favorite artists too!). She took pop music by storm, mastering her hits once again for a tour fit with a variety of tracks (new, old, covers, etc) that were beautifully complimented by the flashing, colorful lights, a band that matched her effortless energy, and an extremely talented opening act. I’m happy to say the “emails i can’t send” tour was the highlight of my fall break. I hope this review can serve not only as a walk through of that night, but also a time capsule of the abundance of love and memories created through her shows.

Interested in Radio! Fill out our spreadsheet to receive more information about our departments, and how you can get involved! https://docs.google.com/spreadsheets/d/1uywTVRFOf-0IV0gpRyPNtPWEiafJHMeK4PhXo-lE38Y/edit?usp=sharing Total Views: 1,828 Listeners, Today's Viewers: 7 Listeners Tweet 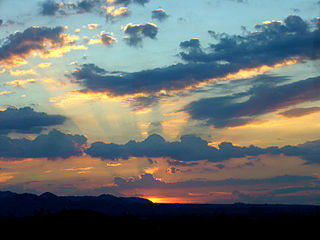 Tonight: It’s going to be a cold evening tonight, as cool air from the north continues spilling over into Indiana. A frost advisory will be in place for Delaware, Henry, […] 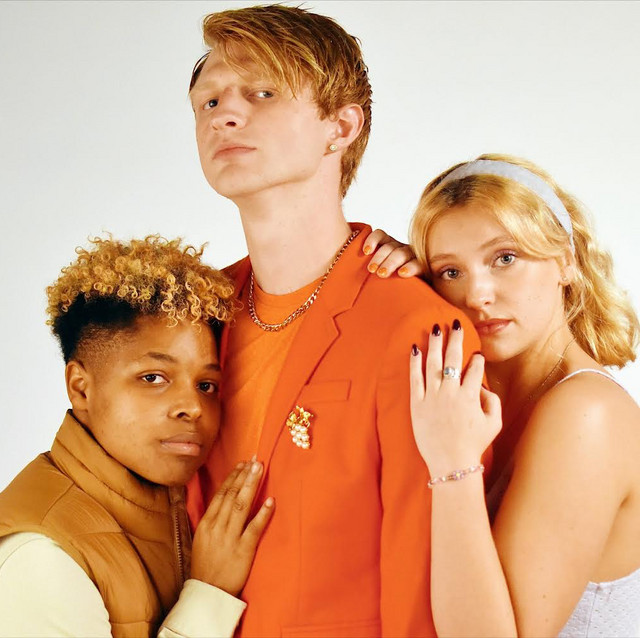