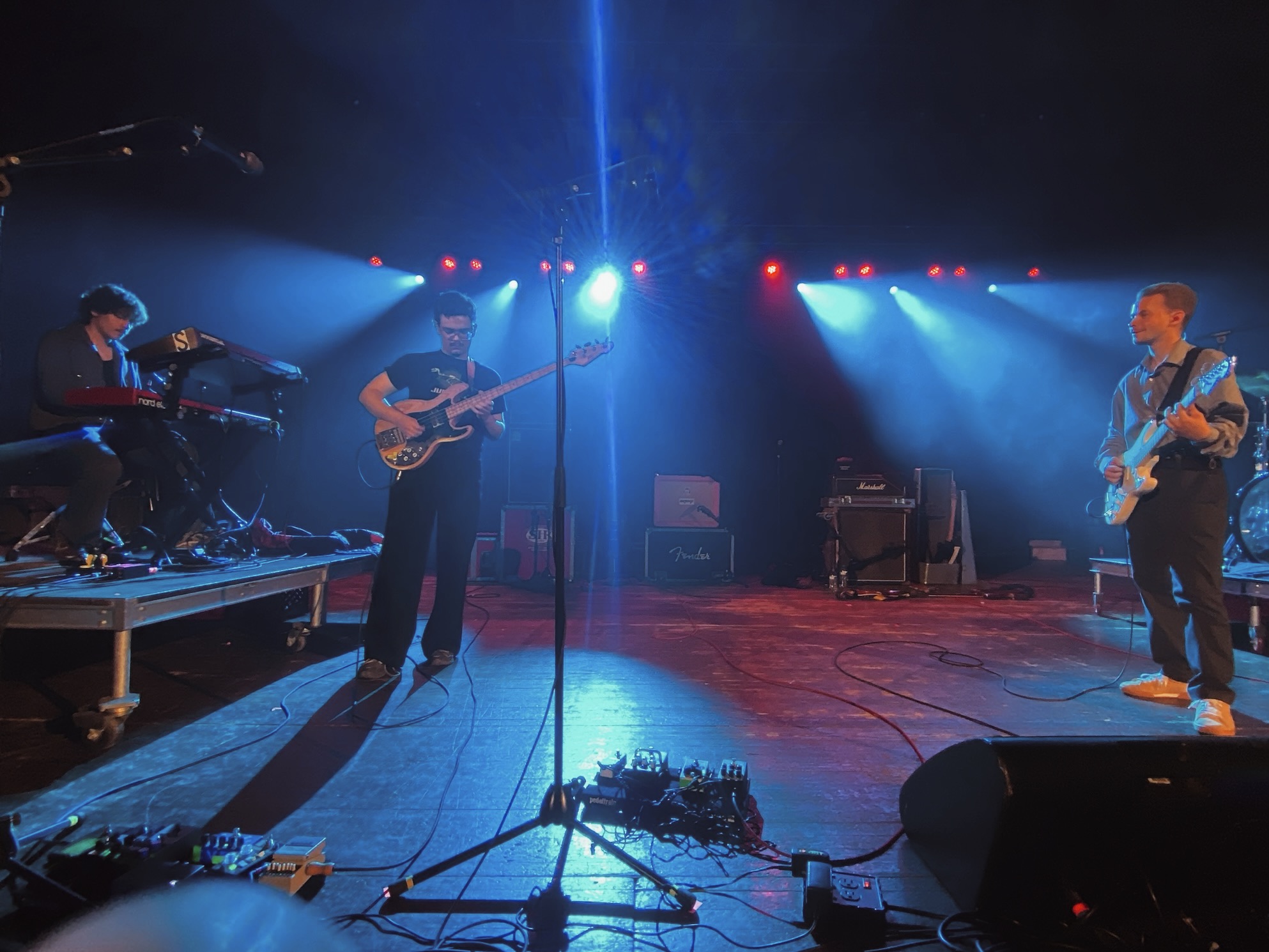 The heart of Ohio was alive and well on the evening of Friday, October 14th. Fans lined up around the Athenaeum Theatre getting there extra early just to get a peek at the English rock band from London, Black Midi. We were lucky enough to have gotten there early to secure our place on the barricade.

Hip-Hop/ Rap artist Quelle Chris took to the stage first and got the audience warmed up with lots of interactions and feel-good messaging. Having never heard of Chris before he stepped foot on stage, I was pleasantly surprised with how great of a job he did entertaining a hungry crowd. Although not to my taste, he had an aura around him that allowed whatever he did to be likable, fun, and entertaining. I would encourage anyone who wants a good spin on classic hip-hop and rap to give Chris a listen.

After an intensely brief intermission the main act, Black Midi, took to the stage behind arguably one of the best introductions ever then followed by “Bittersweet Symphony” by The Verve. Their entrance had such swagger and confidence that the audience could do nothing but become immediately entranced. Bassist and vocalist, Cameron Picton, instantly wooed the crowd with his intricate playing and light and entrancing vocals in the opening song “Speedway” featured in the band’s 2019 album “Shlagenhiem.” With an exciting and entrancing first song, lead singer Geordie Greep then took the audience by the reins and took all the breath out of our lungs as incredible vocals and guitar playing encased the audience. He kept a short leash almost to speak to us that we wouldn’t want to miss what was next.

Drummer Morgan Simpson sat off to the side of the stage and kept everything locked down with the drum work he so kindly gifted to the audience. While he might not have been the star of the show, the set wouldn’t have been complete without the amazing talent he gifted us.

In light of their new album “Hellfire,” Midi continued to pull out all of the best songs produced and fed them to the audience with a silver spoon with songs like “Welcome to Hell,” “Eat Men Eat,” and “27 Questions.” With no breaks or breaths in the set list, my heart rate was through the roof, but I was praying for more.

The set lasted for around an hour and featured some of their best hits from both their newest and previous albums. There was no doubt that the crowd took a well-deserved break from the electric playing after Greep put back on his 90s-style glasses and left the stage.

Even though the band said very few words to the audience between songs (hence the out-of-breathness that plagued the audience) everyone still felt a connection to them and their music. Even after playing into Midi’s themes for the last hour, the audience was still craving more from the English band. Most of the mass of people stood around and rode the rest of their concert high with a small dance circle forming in the middle of the once ruthless mosh pit that had been in full swing just minutes before.

The only way to describe the feeling of the crowd, the playing of the band, and the feel of the venue was just casual fun. The whole night just seemed like something out of a local’s garage in the best kind of way. With deep intimate details being shared in both Chris and Midi’s performances, the whole venue had an amazing sense of community that allowed for even more enjoyment among watchers. It felt as though we were our own little community and nothing else in the world mattered.

No one was trying to look their best or impress anyone, at that moment we were all just friends and there was no stage and no audience…only music.  Nonetheless, it was an amazing performance that those who missed out should reconsider their priorities and hope that Black Midi will bless the midwest area once more in the future.

For tonight it will mostly cloudy dry, temperatures will drop into the low to mid 50s. Winds will be light and variable. Total Views: 1,627 Listeners, Today's Viewers: 2 Listeners Tweet

By:Bandith Carr 6/3/20 Minniapolis,MN- As of Wednesday, the other three officers Tou Thao, J Alexander Kueng, and Thomas Lane have been charged with aiding and abetting second-degree murder and will […]