For tonight it will be mostly clear, with a low around 45. Northwest wind 10 to 15 mph becoming light and variable after midnight. Winds could gust as high as 20 mph.

Tomorrow Sunny, with a high near 73. Light and variable wind becoming west northwest around 6 mph in the afternoon. Tomorrow night Mostly clear, with a low around 48. Calm wind becoming east southeast around 5 mph after midnight.

Friday mostly sunny, with a high near 79. Light south southeast wind becoming south 5 to 10 mph in the morning. Winds could gust as high as 20 mph. Friday Night mostly cloudy, with a low around 60. South southwest wind 7 to 9 mph, with gusts as high as 20 mph. 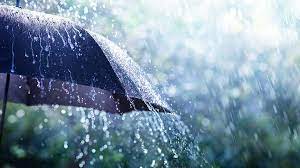 Good evening everyone I hope you got that rain gear in handy because you are going to need it for most of the week. For tonight cloudy with a 30% chance […]

Taylor Staples  The invasion of Ukraine at the hands of Vladimir Putin has commenced. According to the Associated Press, Russia launched a wide-ranged attack on Ukraine, hitting cities and bases […]